What is a tartine?

^ “tar·tine, A French open-faced sandwich,
especially one with a rich or fancy spread.”

A tartine is an open-faced sandwich with refined ingredients or fancy spreads. In France, a tartine is usually served with toasted country bread and a sweet or savory spread.

During the Middle Ages, thick slabs of coarse bread called “tranches” (late 15th century French) or, in its English derivative, “trenchers”, were used as plates.[2] At the end of the meal, the food-soaked trencher was eaten by the diner (from which we get the expression “trencherman”), or perhaps fed to a dog or saved for beggars. Trenchers were as much the harbingers of open-face sandwiches[3] as they were of disposable crockery.

As such, open-face sandwiches have a unique origin and history, differing from that of the (multi-slice) sandwich that are more common today.

Open sandwiches like this are consumed in France, Denmark,Norway,Sweden, Austria and Germany, the Czech Republic, Hungary,the Netherlands, Poland as well as other parts of Europe. 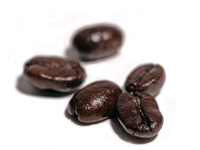